Excerpt and Transcript from Headwinds 2 - The Round Table 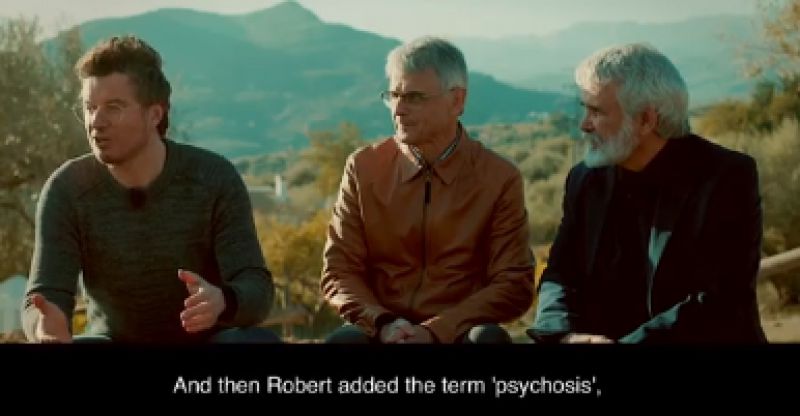 Headwind 2 – The Round Table (Excerpt)

Headwind 2 – The Round Table (Excerpt) Transcript:

Desmet: And then Robert mentioned me, at the Joe Rogan’s [famous podcast] and he added the term to the term mass formation. And that was very successful, I think. It made me famous around the world.

Desmet: [to Malone] I doubt it a little bit--

Desmet: Psychosis. Psychosis. So, I always use the term mass formation. Just referring actually--simply to to the formation of a mass or a crowd in a society and then Robert added the term psychosis to it. Which made it a little more sensational I think.

Desmet: And made it spread around the world but of course at the same time it maybe added, well, from an ethical, pragmatic and intellectual point of view ah it makes the term have a different meaning or a different connotation it depends a little bit. But it was a- a very good move to make the theory famous around the world, yeah?