Deep brain stimulation (DBS) for psychiatric disorders places electrodes into an area the neurosurgeons call the “cortico-striato-thalamo-cortical circuits” (2018) including the capsule and the cingulate. This basically includes the frontal lobes (the highest brain centers) and the limbic system (the emotion-regulating brain centers). This is an exact description of where lobotomists and psychosurgeons like to stick their electrodes, sometimes to stimulate, and ultimately to burn holes in the brain by heating up the electrodes.

Why does deep brain stimulation and psychosurgery assault the same portions of the brain? Because damaging or rendering dysfunctional these areas of the brain sometimes results in an abnormal high (euphoria) which often gets mistaken for a temporary improvement, and more often produces apathy and indifference, which is always mistakenly considered an improvement. As I describe in my medical textbook, Brain-Disabling Treatments in Psychiatry, Second Edition (2008), all gross intrusions into the brain (psychiatric drugs, electroshock, psychosurgery and brain stimulation) can only “work” by harming the brain, ultimately producing a toned-down person who is less engaged in life and often more docile.

Much like the neurosurgeons who perform psychosurgery, these neurosurgeons who implant deep-brain stimulation electrodes are very arbitrary in having their own preferred areas where they stick their electrodes in that vast area of the brain. They also tend to have their favorite diagnostic categories of patients. Most focus on obsessive-compulsive or depressed patients, probably because they can initially dampen anxiety or depression if they harm these areas of the brain.

For more about Dr. Breggin’s successful international campaign to stop a massive resurgence of lobotomy and psychosurgery, go to this section of his website. Also, see an amazing short film about his efforts to save untold hundreds of thousands of patients from mutilating brain surgery.

Recently, Dr. Breggin has been critical of efforts by Elon Musk (Tesla) and the federal defense agency DARPA to jointly develop methods of physical control of the mind using using electrodes in the brain to connect humans permanently to computers. For a film about the history of doctors, universities and the federal government to develop see film, The Minds of Men, by Aaron and Melissa Dykes. It has now been viewed by more than 2 million people and features commentaries by Dr. Breggin.

In addition to electroshock and deep brain stimulation, we should also be concerned about clamping low voltage electrodes to the heads of children for treating psychiatric and behavioral problems. The FDA has recently approved a device called Monarch for the treatment of “ADHD,” opening the way for doctors to prescribe the device to children and adults off-label for anything they wish in the field of psychiatry and neurology. Go here for Dr. Breggin’s video talk about Monarch and go here for Dr. Breggin’s extensive resources on the subject, including the formation of SPAC! (Stop the Psychiatric Abuse of Children) which aims especially at ending this latest psychiatric assault on the brains of our children.

Here is a sample of critical research that should rule out any further clinical use of Deep Brain Stimulation. It contains one news report (# 1) and the remainder are scientific journal reports. Clair (2018, # 6) is a review of the scientific literature that also concludes DBS is unsuited for routine clinical use.

Typical of the unreliable, exaggerated literature on DBS, this news report and the researchers quoted try to rescue what they admit is an obviously a failed treatment with very serious potential adverse risks. Here is an excerpt from the news report:

In the current issue of the journal Biological Psychiatry, Dr. Darin Dougherty and his colleagues report the results of the first large-scale, randomized, sham-controlled trial of deep brain stimulation treatment for treatment-resistant symptoms of depression.

This study, conducted at five medical centers across the U.S., found that DBS failed to reduce depression symptoms better than sham stimulation.

“While initial open-label trials of DBS at the ventral capsule/ventral striatum target were promising, the results of this first controlled trial were negative,” said Dougherty, director of neurotherapeutics at Massachusetts General Hospital and associate professor at Harvard Medical School.

Dr. Thomas Schlaepfer, an expert on DBS treatment unaffiliated with this study, from Johns Hopkins University and University Hospital Bonn in Germany, wrote a companion piece to this article and commented, “On first sight, this might be seen as a crisis for the whole field of neurostimulation therapies for depression… [but we] believe that these are examples of failed studies and not failed treatments.”

“This study raises serious questions about the advisability of continuing to stimulate these reward regions in the manner employed in this study,” said Dr. John Krystal, Editor of Biological Psychiatry.

“It is critical to understand that this study is not a universal indictment of DBS as a strategy for depression. It may turn out that stimulating other brain regions or stimulating these regions in different ways could provide important benefit.”

“Given the degree of response that we have seen in some of the most treatment refractory patients, we agree with Dr. Schlaepfer and Dr. Krystal. Alternative study designs will have to be considered as we conduct future clinical trials in this critical area,” Dougherty said.

This is one of the articles used as the basis of the news story (1). The study, “A Randomized Sham-Controlled Trial of Deep Brain Stimulation of the Ventral Capsule/Ventral Striatum for Chronic Treatment-Resistant Depression,” found:

The results of this first randomized controlled study of DBS for the treatment of TRD [treatment-resistant depression] did not demonstrate a significant difference in response rates between the active and control groups at the end of the 16-week controlled phase.

The FINDINGS in this study found no difference in outcome from the dangerous surgery compared to safer sham surgery. However, their INTERPRETATION tries to wiggle out their way out of a negative study that shows no improvement from surgery with many adverse effects.

Before the futility analysis, 90 participants were randomly assigned to active (n=60) or sham (n=30) stimulation between April 10, 2008, and Nov 21, 2012. Both groups showed improvement, but there was no statistically significant difference in response during the double-blind, sham-controlled phase (12 [20%] patients in the stimulation group vs five [17%] patients in the control group). 28 patients experienced 40 serious adverse events; eight of these (in seven patients) were deemed to be related to the study device or surgery.

This study confirmed the safety and feasibility of subcallosal cingulate DBS as a treatment for treatment-resistant depression but did not show statistically significant antidepressant efficacy in a 6-month double-blind, sham-controlled trial. Future studies are needed to investigate factors such as clinical features or electrode placement that might improve efficacy.

Once again, the claims do not match with their results. The original, main study had no control group. The authors conclude that the surgery was well-tolerated. But among the surgery group, there were “suicide attempt (4 patients), and suicidal ideation (2 patients).” There were only 25 subjects. That means that 24% of the patients attempted or thought about suicide and that 4 (16%) actually attempted to kill themselves. This is an enormous and egregious risk factor and should have led the authors to issue dire warnings about the treatment, which they did not. Instead, they called the treatment “well tolerated.”

This recent, definitive review of the scientific literature examined the entire DBS literature and found only one that showed positive results. They found insufficient evidence of efficacy to use deep brain stimulation for any psychiatric disorders in clinical practice. Instead, they recommend formal clinical trials. Thus, DBS is unfit for clinical use and should only be studied “within the frame of clinical trials.” A more rational conclusion would be that studies should be done for FDA-approval before any other experimentation is done upon unfortunate patients in the United Sates. Here is their conclusion:

However, today, no target – whatever the disease – can meet the criteria for clinical efficacy as recently defined by an international committee for neurosurgery for psychiatric disorders. Consequently, DBS in psychiatric disorders still needs to proceed within the frame of clinical trials.

Back to ECT Resources 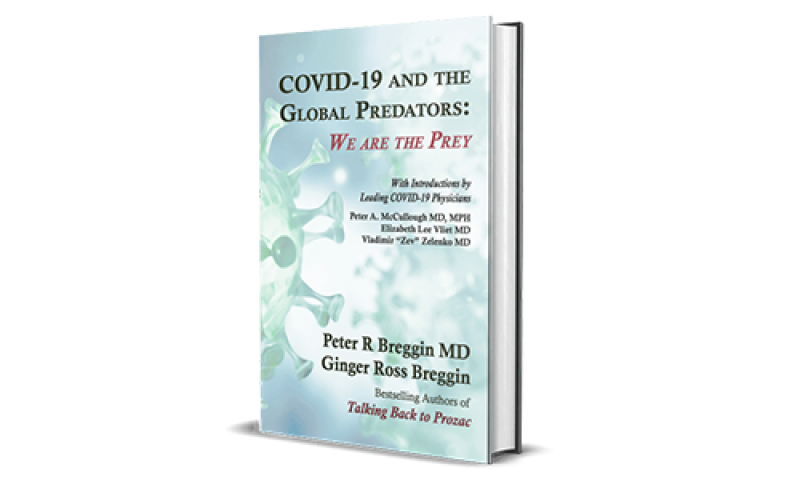