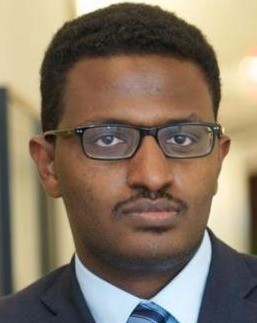 Mr. Samuel Alemayehu started his career in Silicon Valley as a serial entrepreneur launching two companies from his college dorm room. He first got introduced to venture capital at Venrock Associates, where he focused on consumer media services. He moved to Africa in 2009, founding and investing in numerous companies across the continent and in a range of industries. He built a mobile gaming platform in 18 countries with over 50m customers before exiting the startup in 2013. He also created Sen Sante in partnership with leading investment banks to help develop large health infrastructures in Africa. He co-founded Cambridge Industries Ltd to accelerate the implementation of pioneering infrastructure projects in emerging cities. He oversaw the construction of the first municipal waste-to-energy Facility in Africa, located in Addis Ababa, Ethiopia, as part of a pan-African sustainability city park project with the initial facility built at a cost of USD120m. Each Facility is designed as a multi-purpose plant with numerous functions, including metal recycling, brick production, industrial steam, producing biodegradable plastic, and modern insect farming. Sam has recently invested in commercializing breakthrough technologies through projects in Uganda, Kenya, Cameroon, Nigeria, Ghana, Senegal, DRC, Somaliland, Djibouti, Botswana, Angola, Namibia, and South Africa. Samuel is an active angel investor globally and sits on the board of numerous companies as an investor. He also sits on three non-profit boards: the Ron Brown Scholars Program, KID Museum, and VC Include. He is a graduate of Stanford University School of Engineering and a World Economic Forum Young Global Leader.